A Lifelong Friendship for Puff and Moe 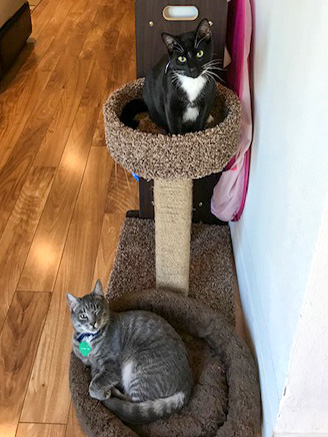 Puff and Moe continue their furrever friendship after both getting adopted into the same home. 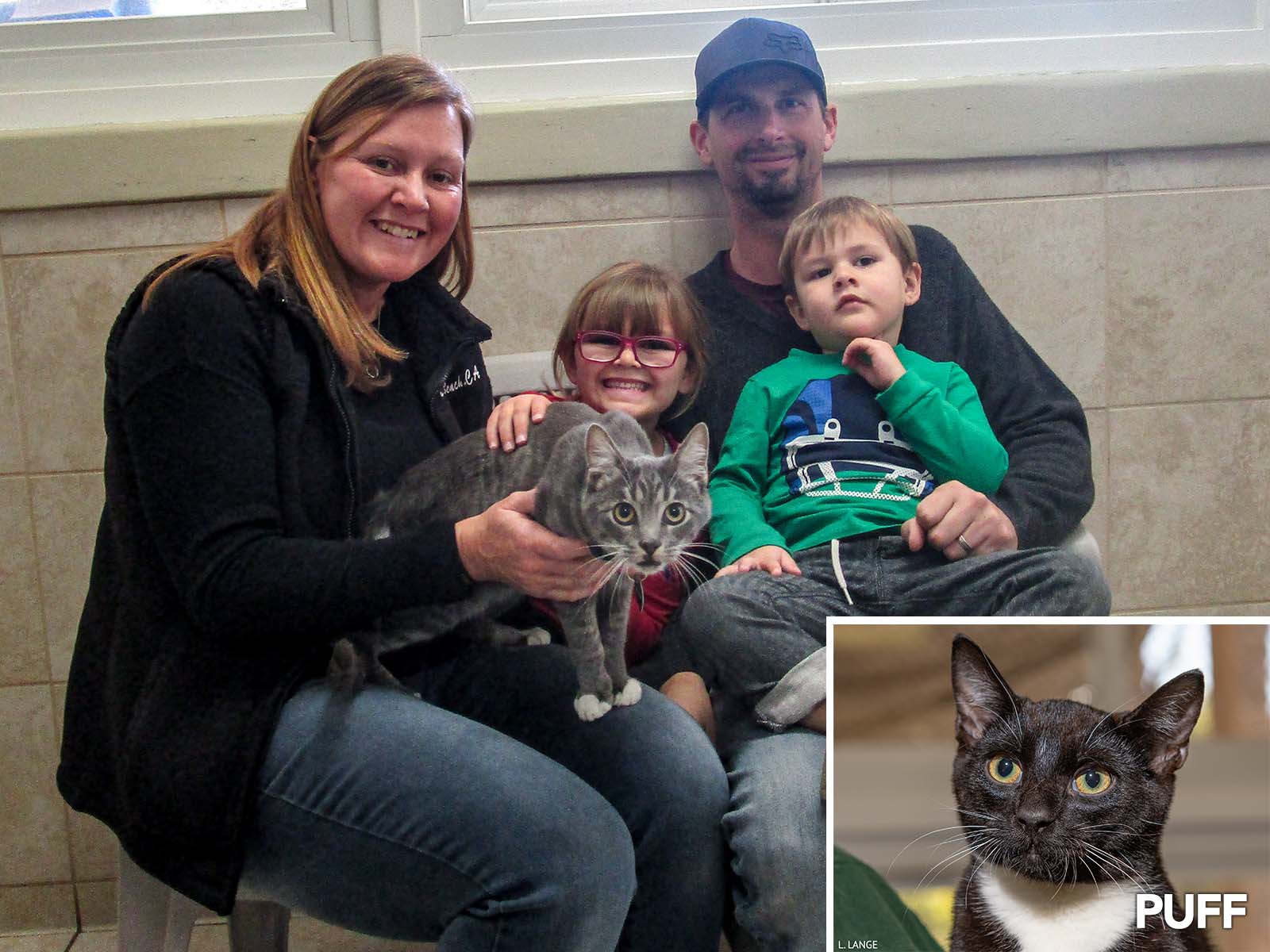 It's a kitty reunion for former HSVC residents Puff and Moe after getting adopted into the same forever home. Moe, a 4-month-old Grey Tabby Domestic Shorthair, was adopted first by Elizabeth, Greg, Cole, and Madalyn in mid-January. He had been at the Humane Society of Ventura County since mid-October after being brought in to find a new home. Puff, a black and white 9-month old Domestic Shorthair, had been at the shelter since early July. He was adopted by the same family as Moe two weeks later.

The pair spent time together in the shelter's kitten room in 2019 and became fast friends. It was clear that the two cats fondly remembered each other after being reunited in their new home. According to Elizabeth, "Moe ran right up to Puff when I brought him home. They touched noses and Moe would not leave Puff alone." Elizabeth also mentioned that Puff and Moe are two very active cats who love playing together. We are very happy Puff and Moe get to continue their furry friendship in their forever home!