A Home for Travis! 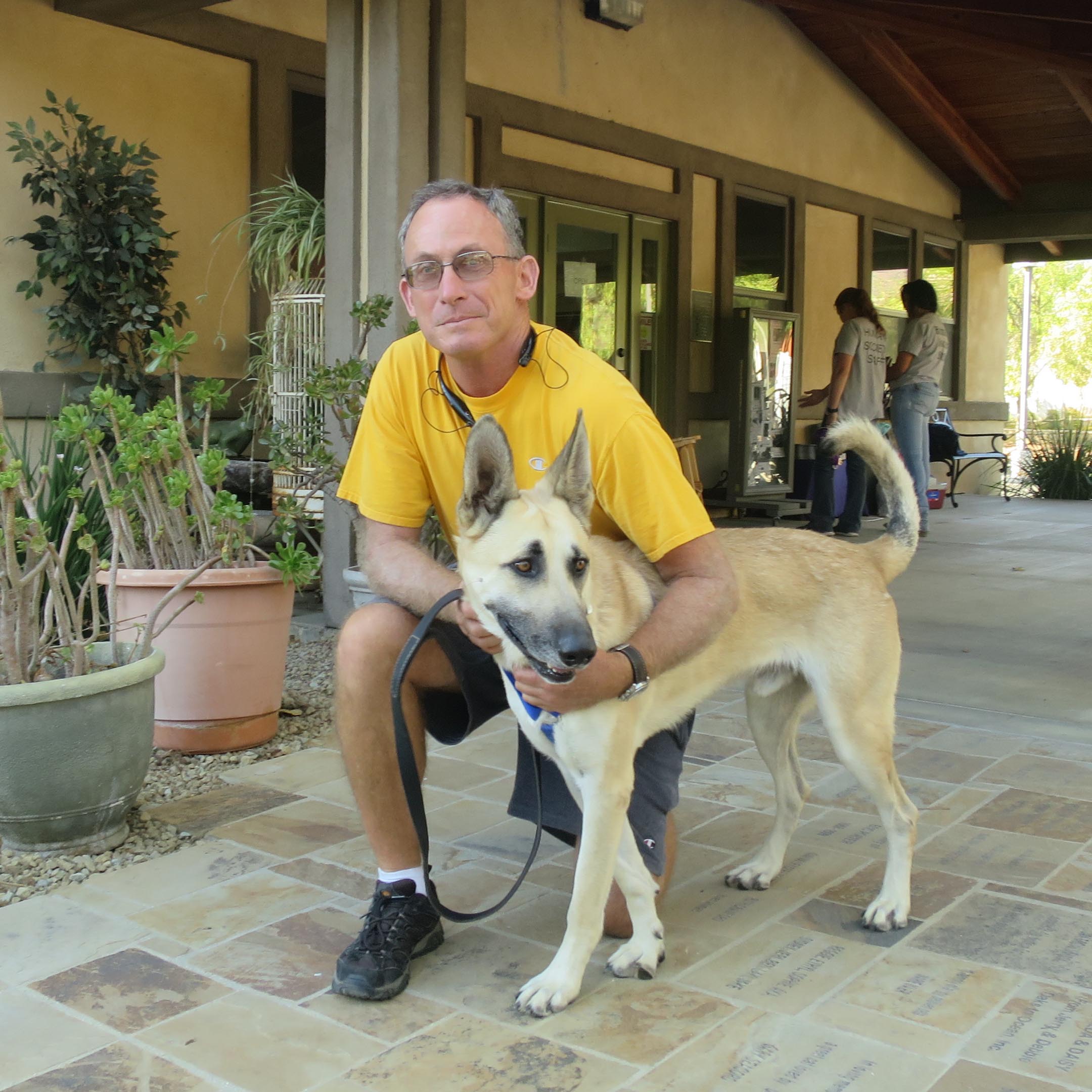 We are happy to let our supporters know that handsome 8 year old Travis has found a home! Travis was brought in as a stray on August 21st along with another dog, Reba, who recently gave birth to 9 beautiful puppies. These two were found wandering alone right here in the Ojai Valley and were sadly never claimed.

About two weeks ago, Mike met Travis and started building a relationship with him. Mike visited the shelter nearly every day. He had other dogs at home and wanted to make sure that everyone would get along, so with the help of kennel attendant Krista, multiple meet and greet sessions between his other dogs took place here at the shelter! When Mike came today to make the adoption official, Travis was so comfortable with his soon to be new family he left with him like they’d been friends for years.

We are all so inspired by Mike’s diligence in making sure that the dogs he already had and Travis’s future were all accounted for. We encourage anyone adopting to visit with the animals more then once and make sure they are properly introduced to everyone who may be a big part of their future lives. We learned a lot from Travis’s adoption and hope that those looking for a future friend will be inspired by Mike’s example too!