A Home for Ash! 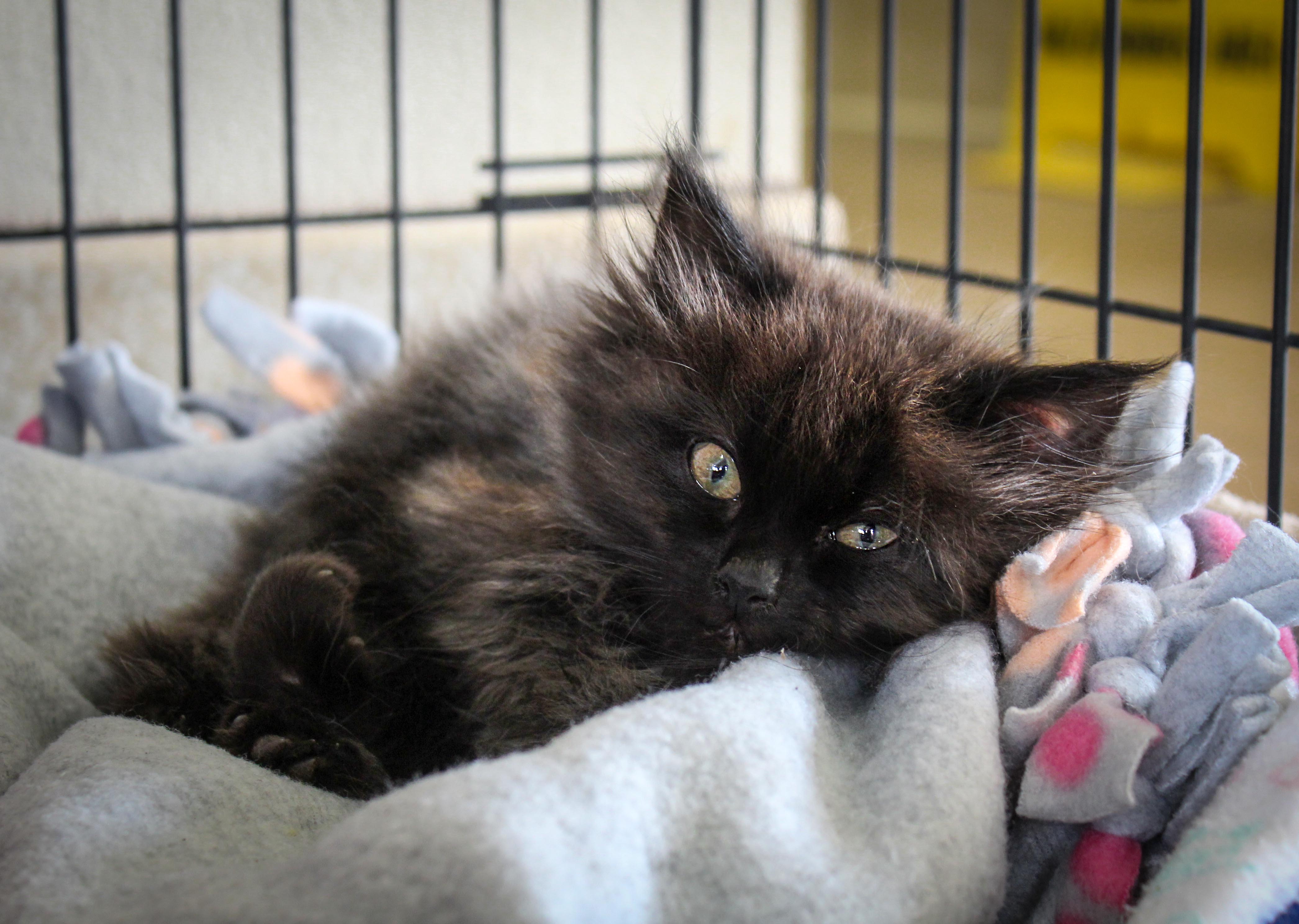 Congratulations to adorable little Ash who was adopted this week! Ash's adoption was very special to all of us at the Humane Society of Ventura County.

This young kitten was brought to the shelter lost and confused not long after the Thomas Fire broke out. Ash was filthy and, you guessed it, covered in ash and fleas. The stray period for animals brought to the shelter during the fires was extended from 9 days to 30 days, giving families affected by the fire more time to claim them before they became available for adoption. While Ash was never claimed, she had many admirers and we knew that when they day came she would find a loving home in no-time.

While it has been weeks since the fire burned through Ventura County, and many families have since been able to reclaim their pets, we still have 35 animals in our care including miniature horses, goats, ducks and dogs. We are so grateful for the continued support of our community for making it possible for us to be there for those in need!